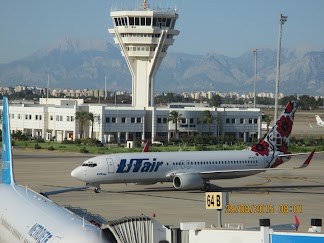 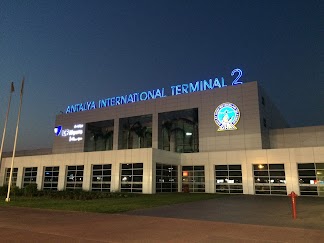 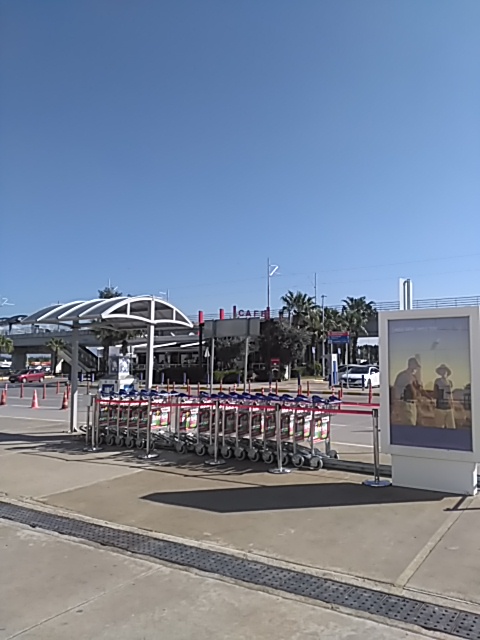 Most awful visa entrance in the world. You can buy a dumb visa only with Euro, Pound or Dollar. You cannot even buy with Turkish Liras, how stupid is that. You cannot pay with a credit card, only in cash with one of these three currencies. There is neither an ATM nor a money exchange place to get the right currency. Now the dumber part is: the visa lady talks to a wannabe police officer, he then lets you enter the visa control to get out of the airport to withdraw money from an ATM; at the meantime your wife and kid has to wait in the no-mans land area. Now the most dumbest part: Once you have the correct money they no longer let you go back to your wife and kid who are waiting for you to pay the visa. I had to talk and discuss and debate with more then 5 useless police officers and security guys to get back. We wasted almost one hour for this nonsense. Thank god our luggage was still there even the conveyor stopped a long time ago. At the end I told the visa lady that this was the dumbest experience I ever had, and she meant that the visa selling agency changed and therefore they have to manage a anew money exchange place. Sorry but you have to make this working from day one or provide useful alternatives and not useless time-wasting methods.

Airport of Antalya, one of the most beautiful summer resorts of Turkey. A small airport hence it might be a little hectic at the time of high-season. But mostly well organized. Airport has public transport options like public buses that are running 24hrs and trams - which is running from 6am till midnight

Beautiful airport! After the upgrade and repair has become more convenient! I think one of the best airports. Around the airport is growing a lot of greenery and palm trees. Fountains and pools were built near the airport building. When you arrive at this airport, you immediately feel at rest! The only negative is very bad coffee at Starbucks. But this is not related to the airport.

Went there, they were queuing us for no apparent reason and three times checks, extremely unprofessional behavior. They were doing the so called random selection check, I counted and out of 95 people, 28 were pass through, remaining were put for security checks. Ironically, all 28 people were ethnically white, if you are not white, expect to be pulled over.And while doing the checked, they throw everything everywhere and I had decorations made of, they almost broke it and if you tell them, they are rude as hell. Should not be allowed to operate in such a manner, airport should be shut down completely..