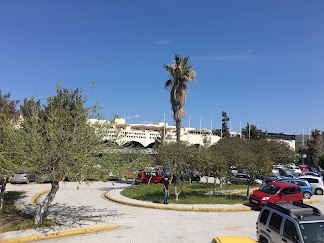 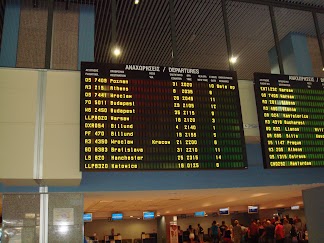 One of the worst airports I've visited. Queue that are endless, no structure at all. And I've been traveling the world a lot. Been told that the «construction work» have been going on for over two years. Will definitely not come back to this Island. Life is too short to be spending at airports.

Worst airport I've been to in my life, it's a big mess. There is one big queue at the bag drop with no specific flight associated. Big messy queues again at security and passport control. No organisation or enough staff to help with that big mess. Flight departure board useless. No gate assigned to our flight last night but written «Final call». Where do we go though?!! Airport staff rude and shouting at people. We got to the airport 3 and a half hours before our flight and nearly missed it! Such a shame to end our great holiday on a negative note. Really stressful experience.

Had read all the horror stories so was not looking forward to at least 3 hours of queues. Through baggage and security in a hour.It is no longer seperare lines for check in and luggage. A nice clean airport, that for a small island is very good. Still works going on, but mostly in arrivals. Starbucks, burger king and the normal eateries that any good airport has.

The airport is going through some renovation and improvements so at the moment gets really chaotic. As for the island...good shops and places to eat before departure. At the moment though no fast track...so don't buy it. Lack of information...there is a lady just shouting out when it's time for boarding. Also it seems you have to cross a busy way to get to the airplane. Well ...not too bad... unique experience.

Wow - what an airport and not in a good way! I haven’t experienced such a bad operating airport in a very long time and never in Europe before. To be fair - we experienced the airport during a time of construction, but that is not an excuse for such an tremendously bad performance on all aspects and levels. If possible try to avoid this airport.